Turner Watercolors from the Tate

J.M.W Turner was one of Britain’s greatest painters, best known for his oil paintings which grace the walls of some of the world’s great museums. But he was also a lifelong watercolorist, fundamentally expanding what were understood to be the limits of the medium. And a collection of nearly 100 of his key works are coming to Mystic Seaport.

Mystic Seaport Museum is the only North American stop for J. M.W Turner: Watercolors from Tate. It was curated by David Blayney Brown, Tate’s Manton Senior Curator of British Art 1790-1850, who selected among the Tate’s mammoth collection (they have over 30,000 Turner works) to give you a picture of the evolution of the artist’s vision. It is accompanied by a major new publication – Conversations with Turner: The Watercolors – which was edited by Nicholas Bell, Mystic Seaport Museum’s SVP for Curatorial Affairs.

Turner was famous even in his own time, travelling widely from the seaside to alpine towns, rarely without a sketchbook, pencils and a small case of watercolors. His innovative and surprising use of colors led his peers to believe “he appeared to paint with his eyes and nose as well as his hand.”

Where to Stay Nearby 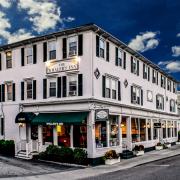 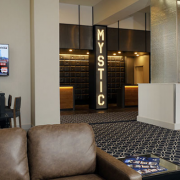 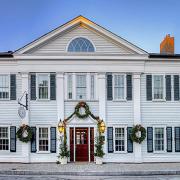 The Inn at Stonington
3.62 miles away